ON 13 November 15, from 2.30pm  Samson Kambalu takes part in a panel discussion for the group show ‘Embodied’ curated by Jacqui Davies at Nikolaj Kunstal in Copenhagen: The Intersection Between Performance Art and Non-Fiction Cinema – Participating artists include Yael Bartana, Louis Henderson, and Samson Kambalu. 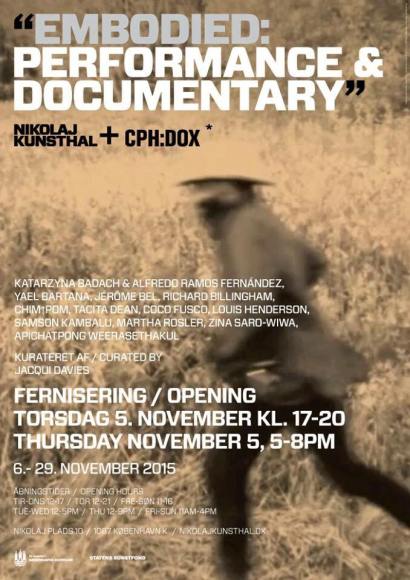 The panel discussion will be followed by a performance by Louis Henderson, Lies More Real Than Reality, 2015